Notice of Allowance Received from USPTO 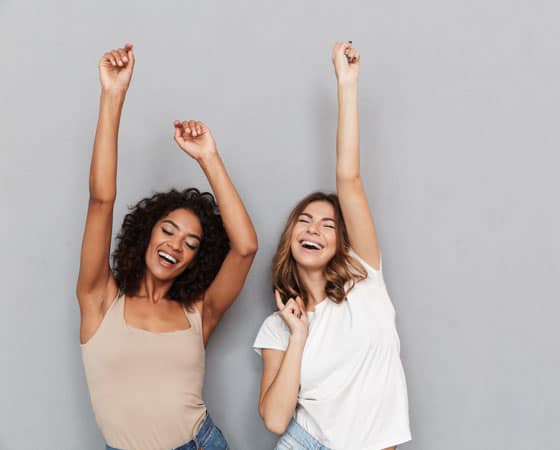 Gynecologists have used the cystoscope for decades to examine the urethra and bladder, despite urology’s traditional claim that the procedure falls under its purview.

The lines between urology and gynecology have blurred, and cystoscopy has become an even more important and natural part of gynecology’s realm.

During the past 2 decades, gynecologists have become even more involved both in evaluating problems such as overactive bladder symptoms, recurrent urinary tract infection, and bladder/pelvic pain, and in performing pelvic reconstruction procedures.

The American College of Obstetricians and Gynecologists has recommended adoption of cystoscopy by ob.gyns. for diagnostic purposes and some operative indications – most importantly for ruling out cystotomy and intravesical or intraurethral suture or mesh placement, and for verifying ureteral patency. ACOG’s 2007 committee opinion on the role of cystourethroscopy in the generalist obstetrican-gyncecologist practice was reaffirmed in 2015 (Obstet Gynecol. 2007 Jul;110[1]:221-24.).

Yet, to a large extent, cystoscopy has been a good fit in principle, rather than in practice. Training in residency programs has been limited, and traditional cystoscopy can be cumbersome and time consuming. It also is costly, requiring equipment – including a light source and camera – and service contracts that may make it too expensive for many gynecologists to set up and maintain in their offices.

Cystoscopy has therefore often required referral to urologists, resulting in additional appointments, patient inconvenience, and increased costs to the health care system. The learning curve for traditional cystoscopy has been relatively steep, and delays in diagnosis and management as a result of referrals are not uncommon.

A standard three-way Foley catheter used in OR cases today (top) is shown, along with a standard cystoscope employed today for cystoscopy (bottom).

Moreover, cystoscopes were never designed to be safe and comfortable for women. Men and women have different anatomy, yet there always has been a one-size-fits-all device. The flexible cystoscope commonly used by urologists was designed for the unique length and anatomy of the male urethra.

The CystoSure catheter is of shorter length than the traditional catheter is, and it adds a fourth self-sealing port; this fourth port allows it to function both as a three-way urinary catheter and as an access sheath for female cystoscopy. When the scope is not inserted, the port remains sealed. The catheter design allows for multiple passes of the Cystosure scope without additional trauma, infection risk, or discomfort.

Additionally, the distal tip of the catheter is open with a flat pancake-shaped balloon that ensures that the scope is consistently placed and fixed at the trigonal ridge. Since the scope tip cannot advance beyond the lower bladder segment, bladder perforation and trauma risk are negligible.

Comprehensive evaluation of the entire bladder lumen including the trigone and ureters is performed with a simple 360-degree rotation of the scope, with minimal manipulation, compared with the traditional in-and-out technique used to circumferentially view sections of the bladder surface.

A pancake-shaped balloon keeps the Cystosure scope tip low in the bladder to ensure easy and safe visualization of the ureteral openings.

Full evaluation of the bladder and ureters takes less than 1 minute, and the urethra can be visualized, if desired, by decompressing the distal balloon and removing the entire unit.

The new cystoscopy procedure involves no assembly and is safer, simpler and more consistent than traditional cystoscopy – factors that we hope will make it easier to perform more often in the office for evaluation of bladder conditions (with or without simple cystometrogram testing), as well as during laparoscopic surgery, hysterectomy, incontinence/prolapse surgery, and other urologic procedures to ensure that the bladder and ureters are uninjured and to verify bilateral ureteral flow.

From May 2015 through the mid-summer, we completed and reviewed 55 cases of cystoscopy with Cystosure at several Harvard hospitals, including Brigham and Women’s Faulkner Hospital, Boston, the majority of them in the operating room during sling procedures and other laparoscopic surgeries. We achieved complete bladder and ureter visualization in all cases – including a small number of procedures done in the office setting – with no complications and an extremely short learning curve. For most physicians, it was possible to learn how to perform comprehensive cystoscopy with Cystosure in just one case.

Reported rates of ureteral and bladder injury during gynecologic procedures have varied by study, type of injury, and complexity of surgery.

In an early report on the usefulness of intra-operative cystoscopy, Dr. Sergio Ribeirio and his colleagues reported that the procedure enabled early recognition and treatment of ureteral injuries in four of a series of 118 patients (3.4%) undergoing total laparoscopic hysterectomy with vault suspension (Hum Reprod. 1999 Jul;14[7]:1727-9.)

Other studies on the use of cystoscopy have reported injury rates up to and above 3%. In most cases, such reports include the incidence of bladder injury, which is less uncommon. Intraoperative bladder perforation occurs in 3%-9% of cases of midurethral retropubic sling procedures, for instance, according to ACOG’s opinion paper.

In a recent chart review of almost 1,000 women who underwent uterosacral colpopexy for pelvic organ prolapse, on the other hand, the intraoperative bladder injury rate was only 1%, and the rate of ureteral kinking/obstruction requiring stitch removal was significantly higher at 4.5% (Am J Obstet Gynecol. 2015;212:603.e1-7.).

Urinary tract injuries can have serious implications in terms of morbidity and litigation. When an injury is detected intraoperatively, the surgeon can repair it immediately and reduce the risk of complications and readmissions. The ureteral kinking detected in the previously mentioned study would not have been diagnosed without routine cystoscopy; nor would most cases of inadvertent suture or mesh placement in the bladder or urethral lumen.

The advisability of performing cystoscopy routinely in all gynecologic surgical procedures has been debated and should be studied further. However, given the advantages of early detection and the new availability of relatively simple and inexpensive cystoscopy, it is now possible – and will likely be beneficial – to move toward more routine use.

Currently, cystoscopy is performed in only a minority of indicated cases. In the 2003 review cited above from Obstetrical & Gynecological Survey, the ureteral injuries that occurred were identified intraoperatively in only 8.6% of the cases. And in an additional systematic literature review of urinary tract injury from gynecologic surgery, only 17 of the 47 studies included in the review employed routine intraoperative cystoscopy (Obstet Gynecol. 2006 Jun;107[6]:1366-72.).

A survey of ob.gyn residents presented at the ACOG meeting in May 2015 similarly showed that for hysterectomy, universal cystoscopy (defined as being performed in more than 90% of cases) was performed in the residents’ training settings for only a fraction of various types of hysterectomies, from vaginal hysterectomy to total laparoscopic hysterectomy.

Yet, in looking toward their future practice, the residents indicated in the survey that they plan to perform universal cystoscopy more frequently. The majority of them – almost 80% – had been involved with a hysterectomy having a bladder or ureter injury, according to the survey.

The Cystosure system facilitates a complete check of ureteral patency and bladder integrity. The system’s three-way catheter can be placed once and used for multiple passes of the cystoscope as well as for intraoperative retrograde fill of the bladder, postoperative drainage, and IV-based hands-free backfill voiding trials prior to discharge. The catheter’s red balloon port accepts the standard 5 cc syringe, and the blue inflow port provides a universal IV/cysto tubing fitting. The yellow drainage port may be attached to a standardized urinary drainage bag.

With Cystosure, a postoperative voiding trial thus becomes simpler and more efficient than it has in the past. Our nurses can clamp the outflow port, attach the IV bag to the inflow port, and briefly turn their attention elsewhere while the bladder fills hands free. The catheter is then removed, and the patient is allowed to void.

In the office, Cystosure can similarly make the evaluation of conditions like overactive bladder, urinary incontinence, incomplete bladder emptying, and recurrent urinary tract infections much easier and less expensive, enabling more gynecologists to take the lead in diagnosis.

Currently, there are various methods for performing cystometric testing. One technique, sometimes called “poor man’s cystometry,” involves placing a Foley red rubber catheter in the bladder, attaching a large syringe with the plunger removed, filling the bladder by pour technique, and monitoring the patient’s described sensations of bladder fullness and urge to urinate. This basic test can provide useful information about bladder functioning; patients with overactive bladder feel sensation at much smaller volumes than do patients with neurogenic bladder, for instance.

Yet, while the technique is simple and cheap, it is far from precise and may be misleading. It provides for a fast fill of the bladder in that water enters the bladder as fast as gravity allows. The rapid infusion can sometimes cause an artifact in the patient’s sensation – a significant feeling of pressure or fullness that is premature.

The more-sophisticated technique, multichannel urodynamics, pumps fluid at a slower, controlled rate and provides more accurate information. Yet, it requires expensive equipment, more time, and special expertise. It has not been universally accessible and relevant to the ob.gyn.’s office.

Cystosure bridges the gap between the accurate but costly multichannel urodynamics and the simple but less accurate fast-fill testing method. The nurse can place the Cystosure catheter, attach IV tubing to the inflow port, and then control the drip rate, emulating the pump of the complex urodynamics equipment. When the patient indicates fullness and the overactive bladder/incontinence evaluation is completed, the physician may immediately proceed with simple diagnostic cystoscopy without any further urethral manipulation.

The system can also be coupled to an LED-based battery light source and/or attached to a smartphone/iPad, so that cystoscopy can be performed in any room or at bedside without large bulky equipment and cords. Images and video can be saved and shared from remote locations or used for documentation or teaching.